The territory of Kyrgyzstan, like the whole of Central Asia, is one of the oldest centers of human civilization. Research by archaeologists shows that primitive man has settled here since the stone age. The Kyrgyz, an ethnic group known in Central Asia as early as the first Millennium BC, have carried their self-name through the centuries to the present day. It is going to be great journey to listen to guide and feel ancient moments in tours. Our company offer car rental service. You can keep in mind.

The first state formations on the territory of modern Kyrgyzstan appeared in the second century BC, when the southern, agricultural regions of the country became part of the state of parkan. In the 4th-3rd centuries BC the ancient Kyrgyz were part of a powerful tribal unions of the nomads, which seriously disturbed China. It was then that the construction of the great wall of China began. In the 2-1 centuries BC, part of the Kyrgyz tribes left under the rule of the Huns (Hunnu) to the Yenisei ("ene-SAI" in Kyrgyz means "Mother river") and Baikal ("Bai Kel" in Kyrgyz means "Rich lake"). It was here that they formed their first state and the Kyrgyz Khaganate. It was the center of consolidation of the Kyrgyz people, the formation of their culture. The first written language of the Kirghiz people appeared here. Runic inscriptions are preserved on stone monuments. The destruction of the state under the blows of the conquerors led to the loss of writing, but not the people's memory. Unprecedented in volume, the epic "Manas" is a true encyclopedia, which has absorbed the events of history, information about society, customs and everyday life. You can hear additional information from our guides in tours.

In the V century, the transition to a sedentary lifestyle began among the nomads who inhabited Northern Kyrgyzstan. The first evidence of written sources about the Kyrgyz tribes inhabiting the Tien Shan dates back to the Tenth century. A well-known monument of antiquity is the rock carvings in the Saimaly-Tash tract. These unique paintings speak of the high level of civilization of the Kyrgyz people of that time. The Burana tower and the Uzgen architectural complex are still striking, which testify to the high skill of architects and builders. From the middle to the beginning of the 10th century, the great Kirgiz khanate covered southern Siberia, Mongolia, lake Baikal, the upper reaches of the Irtysh, part of Kashgaria, Issyk-Kul and Talas. The heyday of the Kyrgyz state was not only a period of conquest, but also a period of trade exchange with the Chinese, Tibetans, the peoples of southern Siberia, Central and Central Asia. It was during this period of history that the Kyrgyz, after defeating the Uyghur Khaganate, first entered the territory of the Tien Shan. However, in the 10th century, only southern Siberia, Altai and Southwestern Mongolia remained under the rule of the Kirghiz. In the 11th-12th centuries, their possessions were reduced to the Altai and Sayan.

Meanwhile, scattered over a vast area of the Kyrgyz tribes took an active part in the events that are rich in the history of Central Asia. They managed to maintain their ethnic independence and become the core of attraction of other ethnic groups. The final stage of ethnogenesis is associated with the Mongolian, Oirot (Kalmak), Naiman and other Central Asian peoples. Since the XIII century, the Kyrgyz had to fight bloody wars for independence from various conquerors. In the second half of the XV century on the territory of Kyrgyzstan, as a result of the unification of the Kyrgyz tribes, an independent khanate was formed for the first time, which included the main part of the Kyrgyz nation that had formed by that time. Kyrgyzstan was of great importance on the great Silk Road. Osh - the main city in the South of modern Kyrgyzstan for many millennia, due to its geographically convenient location, was a transit city of the Ferghana branch of the great silk Road. Local residents served travelers and merchants of caravans.

Osh as a convenient place for trade and exchange of goods attracted merchants, artisans, pastoralists and farmers. In 1863, Northern Kyrgyzstan was annexed to the Russian Empire , and in 1876 - southern Kyrgyzstan. After the victory of the October revolution, the Kyrgyz, along with all the peoples of the former tsarist Russia, became part of the Soviet Republic. In 1918, Kyrgyzstan was part of the Turkestan ASSR. According to the national-state division of the Soviet republics of Central Asia, on October 14, 1924, the Kara-Kirghiz (from may 25, 1925 - Kirghiz) Autonomous region was formed as part of the RSFSR, on February 1, 1926, it was transformed into the Kirghiz ASSR, and on December 5, 1936 - into the Kirghiz SSR. The Kyrgyz people gained their national independence and national sovereignty peacefully after the collapse of the USSR. In October 1990, at the session of the Supreme Soviet of the Republic, it was decided to rename the Kyrgyz SSR to the Republic of Kyrgyzstan.

On December 15, 1990, the Supreme Soviet adopted the Declaration of sovereignty of the Republic, and on August 31, 1991 - the Declaration of independence of Kyrgyzstan. On may 5, 1993,the first Constitution of the Kyrgyz Republic as an independent sovereign state was adopted. On may 10, 1993, Kyrgyzstan introduced its own national currency - som. At the moment, Kyrgyzstan is a sovereign, presidential state that stands on the path of democratic development.

Communicate with locals and feel free to ask them interesting questions during tours. If you rent a car, other nuances will not distract you. 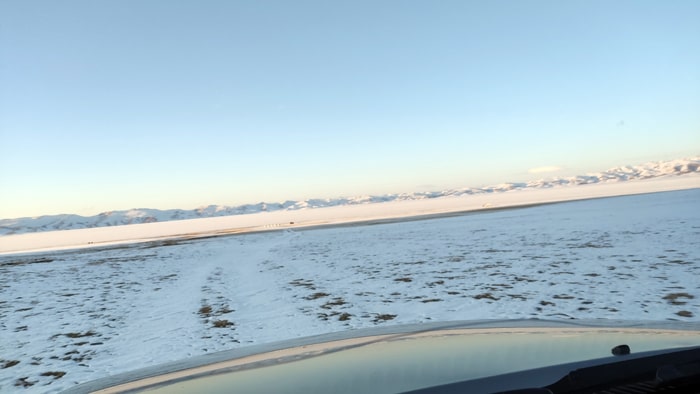