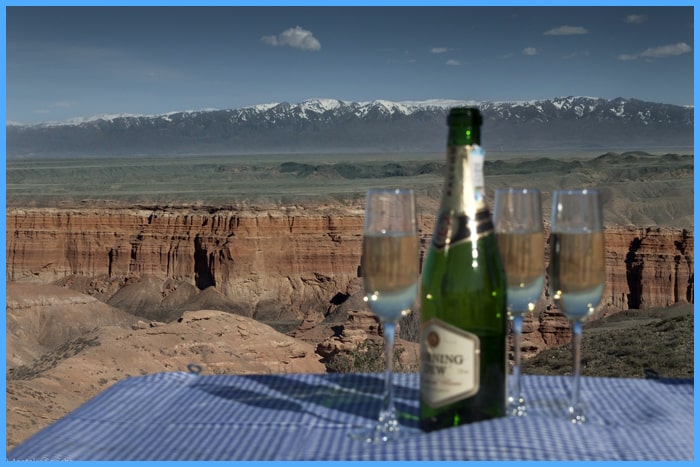 Day 1: Tashkent - Bukhara
We are glad to see you in Oriental tour 2.  While arriving to Tashkent, you will be met by the guide. Today you will have a city tour. Start from the Independence square. It is the main center placed to the victory in WWII. Later, you can walk to the local Broadway, located near the Independence square and Amir Timur square as well as see the famous metro, opened in 1977. The tour will be continued visiting the Chorsu Bazaar, Kukaldash Madrasah and Hast Imam complex with outstanding madrasahs, mosques and mausoleum. In the end, you can see the world's oldest Quran copy of to 8th century, dedicated to Othman Ibn Affan (the Third Caliph Othman who was killed by non-muslims in 8th century where his blood turned over the Quran pages. In the evening you will have train to Bukhara. Night is in a hotel.

Day 2: Bukhara - Samarkand
The tour will start by starting to visit the ancient Citadel Ark which is considered to be the oldest citadel in Bukhara (4th century). It was the main key for some dynasties of Bukhara Empire. Moving on, you will visit the shopping domes and see madrasahs as Nodir Divan Begi (Lyabi House Ensemble). Afterwards visit the Poi Kalon complex as the famous architectural art of Bukhara (12th - 16th centuries). It has three structures as Kalon minaret, Kalon mosque and Mir Arab Madrasah. In the end of day is transfer to Samarkand by train. Overnight is in a hotel.

Day 3: Samarkand - Tashkent
Today you will have a city tour in Samarkand. It is the second largest city the same as Babylon or Rome and located in the valley of the river Zerafshan. Then visit the Registan square, Shakhi-Zindeh, Mausoleum Guri Emir and Bibi Khanum Mosque. Get impression of Registan Square as the main site of Uzbekistan found in 15-17th centuries. Shakhi-Zindeh is known for its big collection of mausoleums dating back to 11th-15 centuries which later became the UNESCO World Heritage Site. Bibi Khanum Mosque is another sight was built to the favorite Tamerlane's wife. In the evening, you will have train to Tashkent. Rest is in a hotel.

Day 4: Tashkent - Andijan - Uzbek border Dustlik - Osh
In the morning you will transfer to Andijan by train. Being reached, you will be transferred to Osh city. Hotel.

Day 5: Osh - Bishkek
Having a tour in Osh city, you will have sightseeing to Suleiman Mountain or Solomon's Mountain. It is the sacred place among Muslim pilgrims, located in the center of the city. The legend says that Solomon (Suleiman in the Koran) was buried at the foot of it. In the afternoon you will visit the Asian Bazaar. In evening is transfer to the airport. Flight to Bishkek city. Night is in a hotel.

Day 6: Bishkek - Ala Archa - Bishkek
We are glad to present you a city tour where you can visit the Pobeda Square (Victory Square), Duboviy Park (Oak Park), Central Ala-Too Square, Old Square, National Philharmonic, and many other places. In the afternoon, we will drive to Ala Archa gorge. The Ala Archa gorge is located on the spur of the Tien Shan ridge, its just 45 km from Bishkek. On arrival, you will be impressed by wonderful nature of parks and gorges. Don't miss to see panorama views. Afterwards, we will return to Bishkek. Rest is in hotel.

Day 7: Bishkek - Burana - Chon Kemin
Chon Kemin is your next tour destination for today. On your route, you will visit Burana Tower and an open air museum of Balbals or stone warriors. The Burana Tower is sacred minaret of 11th century. Later on we will travel to Chon Kemin and have 3 hours of horse riding among high passes and gorges as well as see beautiful panorama views. The night is in a home stay.

Day 8: Chon Kemin - Issyk Kul lake northern shore - Karakol
The day will start by driving to the Issyk Kul Lake. It is the second largest lake in world with the altitude 1 608 m above sea level. This lake is also sacred and thus called "the pearl of Central Asia". Then you will see the ancient stone patterns - petroglyphs. We will continue our way to Karakol town and visit Dungan mosque. This mosque was built in Chinese style without nails. In addition, you will see an old wooden Orthodox Church. Overnight is in a guesthouse.

Day 9: Karakol - Jeti Oguz - Issyk Kul southern shore - Bishkek
Today you will travel to visit Jeti Oguz gorge or Seven Bulls and see the Broken Heart Mountain. If you want to see panorama views, it is better to spend 20 minutes and take pleasure.  Afterwards, we will travel to Bokonbaeva village and a local eagle-hunter. You will have an eagle show. We will continue our way to Bishkek. Rest is in a hotel.

Day 10: Bishkek - Almaty
In the morning, you will be transferred to Almaty. It is 230 km (4 hours). You will pass a border. On arrival, you will visit the central part of Almaty and see its development of the Southern capital of Kazakhstan. Start to Green Bazaar where you can enjoy oriental style of locals and buy anything you want. Later on, we will visit the Panfilov Park and see the wooden buildings as the known Zenkov Cathedral. Continue to the Memorial of Glory and Eternal Flame, dedicated to the memory of brave soldiers who lost their lives for the impendent of Motherland. In the afternoon, we will drive to the Medeo Gorge and try skills on skating rink. After that we will see tallest TV tower in the world in Kok-Tobe hill. We have no doubt sights will impress you on tours. The day will be finished by the famous Almaty cableway. Transfer to a hotel for rest.

Day 11: Almaty - Charyn Canyon - Almaty
The next destination of our tour is travelling to the Charyn Canyon. The sight is about 12 million years. Due wind, it always changes its shape. You need to drive 3 hours in order to reach there. The guide will tell you more about it. On the way you can capture landscape. It is worth travelling in Kazakhstan and see panorama views. In the evening you will back to Almaty. The team of us is happy to provide incredible tours. Night is in the hotel.

Day 12: Airport
Oriental tour 2 is finished. Have a safe journey!